The Domaine d’Essendiéras covering 360 hectares in the town of Saint Médard d’Excideuil has been owned by the Bakker family since 1999. In almost 20 years, this former agricultural property has been transformed into a tourist, golf and event sector.

The capacity of rooms and lodges now exceeds 300 beds. With camping, weddings and business seminars, the Domaine receives more than 450 people a day in summer.

Functioning as a small town, the layout has been conceived in a sustainable and ecological way. The property has two boreholes more than 140 meters deep for its drinking water. Golf and gardens are irrigated from the ponds that collect water during the winter. And three sewage treatment plants treat all the wastewater on site. The desire to have a renewable energy source has existed for years and was realized in 2019.

The project to be self-sufficient in terms of electricity was launched in 2008. After many studies, the building permit for the photovoltaic park was issued at the end of 2013. Over the years, the solar energy market has evolved. The administrative procedures took 5 years and the technology has progressed a lot.

Seeking to integrate in the project the best available technology, Cape Verde Energie, producer and independent supplier of EnR, has proposed to make a new technical feasibility study in 2016. The engineers of Cape Verde Energie have optimized the project to mount the power of 10.9 MWp at 17 MWp on the same surface. The photovoltaic park covers 18 hectares, only 5% of the area of ​​the estate. The project is the winner of the second tranche of the tender of the Energy Regulation Commission 4 in July 2017.

The annual production, with sunshine in the Dordogne, will have to reach 20 GWh, equivalent to the annual electricity consumption of a city of 17,000 inhabitants. Domaine d’Essendiéras is part of the Isle Loue Auvézère Community of Communes in Périgord, which has about 14,000 inhabitants. In theory, the community of municipalities will have a positive energy balance, at least during the day! 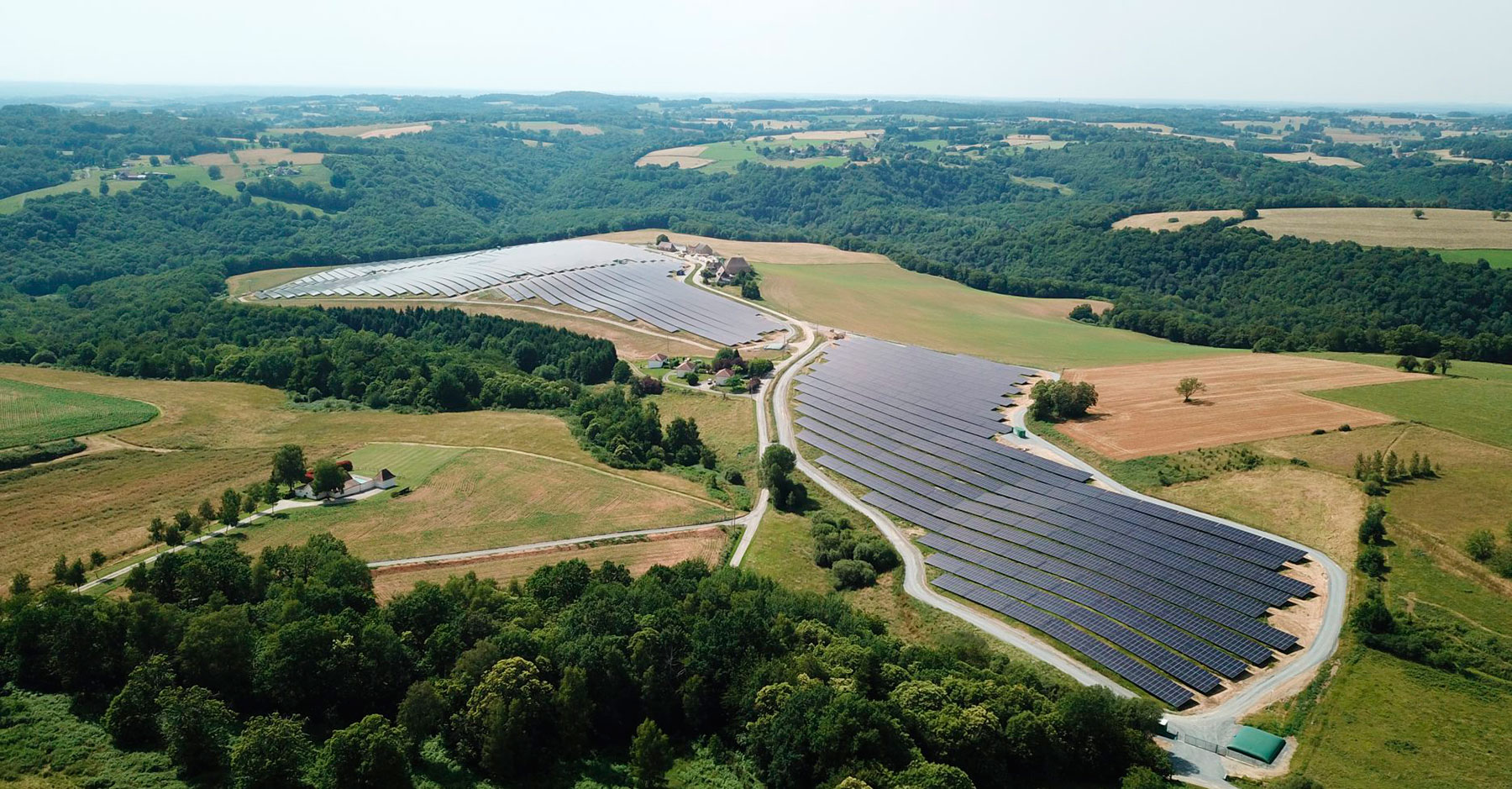 Solar in the service of nature

Twenty years ago, the solar park was covered with apple orchards, heavy in all sorts of treatments. The impact on the surrounding nature, but also on the health of the workers of the time was very important. After clearing the land and surrounding areas, more than 20 hectares of bee fallow have been sown. A mixture of flowers will grow between and around the rows of solar panels. Hives will be installed to allow the bees to settle there and to help the bee population to recover.

The photovoltaic park of Domaine d’Essendiéras will save 1841 tons of CO2 per year. We hope to further the term “green tourism”. The Domaine is in the heart of Périgord Vert, with all its outdoor activities, calm, nature and 25 km of hiking and mountain biking in 100 hectares of woods. But also your vacation, your business seminar or your wedding will be a little more sustainable thanks to the renewable energy produced on site.

Already today, 2 charging stations for electric cars are at your disposal. You can charge your Tesla vehicle or any other vehicle with a Type 2 plug for free.

The solar park is located to the north and in an enclave of the Domain. The park will not be visible from the Castles and their gardens, nor from the holiday homes (except the Rivailles house). The project will be visible from some holes of the golf course, as well as from the Clubhouse. Panel modules are designed to capture all solar radiation and reflections are negligible.

The transformation of the landscape will be less important than when there were apple orchards. Apple trees covered with hail nets had a much greater visual impact. In addition, the solar does not have noise pollution, or pollution related to phytosanitary products!

The construction of the park began in October 2018 and ended in July 2019. The producer Cap Vert Energie is our trusted partner for the development, financing, construction and operation of the plant. 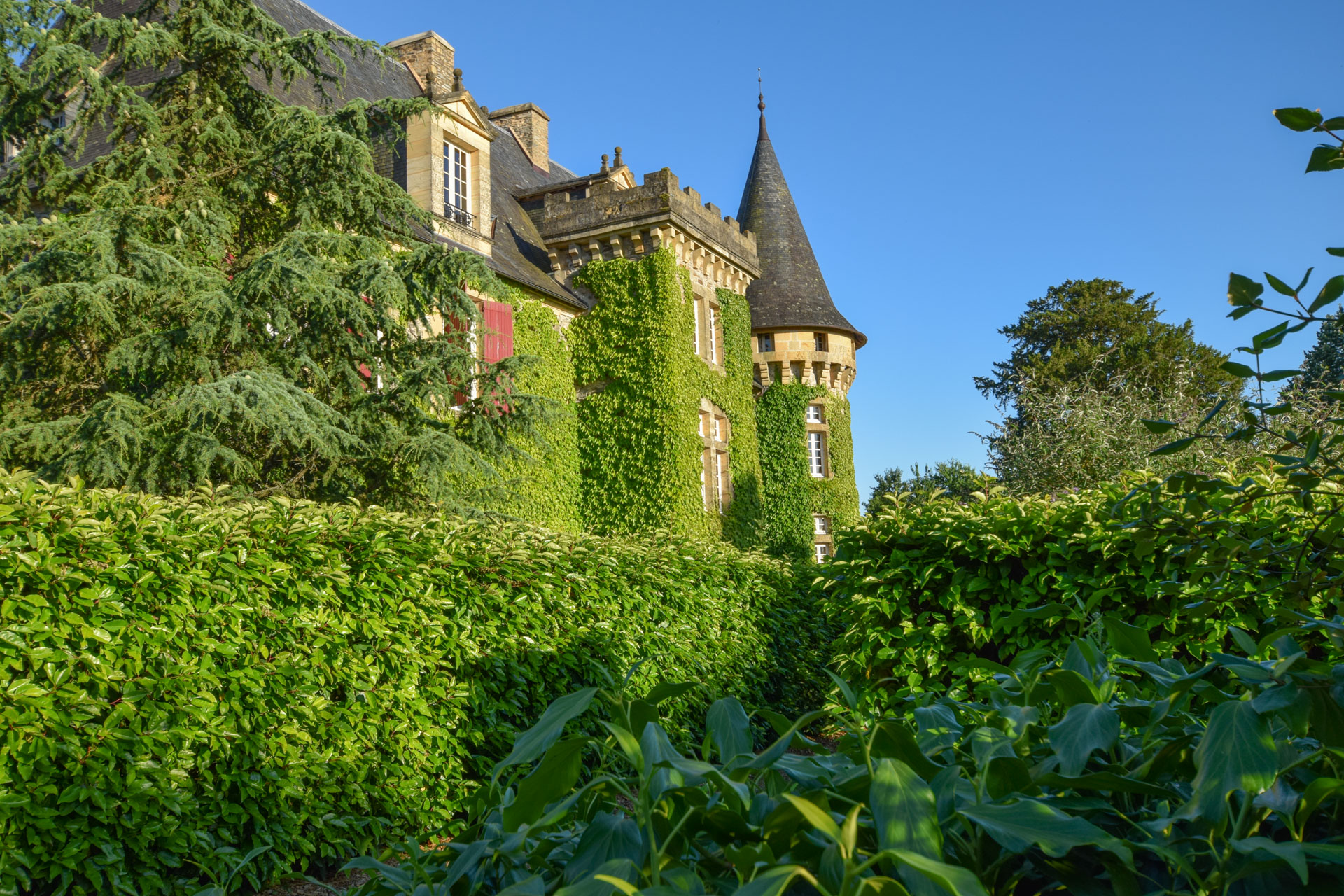 We use cookies to ensure the best experience on our website. If you continue to use this site, we will assume that you are satisfied.Ok